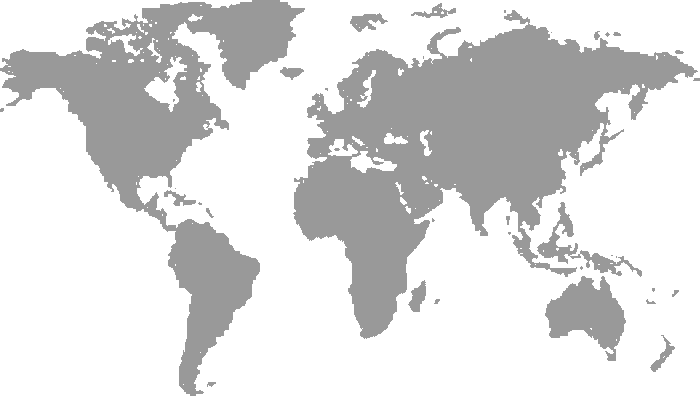 Malta has experienced an incredible transformation in the few decades. Malta possesses key advantages such as geographical location, modern infrastructure, adequate, flexible labour supply and political stability, all of which render Malta an attractive destination more particularly in terms of industrial investment. Malta can be considered as a good option for investments in knowledge based sectors and high-end manufacturing. Today, over 200 export-oriented foreign companies operate profitable manufacturing subsidiaries in Malta, benefiting from attractive incentives.

Malta is strategically located in the centre of the Mediterranean Sea, on the south of Sicily (South Italy) between Europe and North Africa. It is a large island, which constitutes 192-kilometre shoreline providing some of the finest natural harbours.

According to the recorded history, Malta was occupied by Phoenicians, Greeks, Romans, Arabs and latterly by France and Britain, however finally gained its independence in 1964. As it has been previously pointed out, Malta has experienced an incredible transformation in the few decades. In 1990 Malta applied for European Union membership and became a Member State in May 2004. In the context of EU membership, Malta has joined the Eurozone in 2008. Joining the EU was an important step securing the economic future of the country and brought the exemption from the payment of customs duties.

The Maltese economy has grown in recent years. In 2015, the total value of the gross domestic products (GDP) amounts to 8.8 billion euros with 6.3% of GDP growth. Due consideration of the Malta’s GDP, financial services cover 17%, other services 63%, industry 23% and agriculture %2 of the market.

According to the given data on December 2015, the national debt constitutes 63% of GDP. In addition, the annual rate of inflation was 1.3% and the unemployment stood at 4.5%. For the purpose of reducing unemployment, an institution named “Employment and Training Corporation (ETC)” was constituted which functions as a recruitment agency and provides training in various employment sectors.

Maltese legal system is originated in the Anglo-Saxon common law tradition and the Continental European Napoleonic/Justinian Code. Maltese private law is mainly established on the continental private law model. On the other hand, Maltese corporate law is certainly based on English Law.

Maltese Law is in compliance with EU Law and based on the practices of financial centres. In addition, Maltese legislation aims to fulfil the needs of industry and consumer as well as the changes in regard to the market demands.

Malta signed Bilateral Investment Treaties (BIT`s) with several countries in order to promote and protect the investments. Malta’s BITs are in force such as follows:

Malta is also a contracting party of the investment related multilateral intergovernmental agreements such as MIGA Convention (1985), ICSID Convention (1965) and New York Convention (1958).

In Malta, a limited liability company, a partnership en nom collectif and a partnership en commandite are the major company forms for starting a business. Maltese Law also allows other structures such as trusts, associated enterprise and branch of a foreign corporation etc.

In this company type, the liability of the shareholders is limited with the unpaid amount of shares. This company type is favoured(?) by large enterprises and usually preferred by the foreign investors. A company may be incorporated either as a public company or as a private company but the majority of companies in Malta are registered as private companies.

This type of company has its obligations guaranteed by the unlimited and joint and several obligations of all the partners. At least one of the partners shall have either a natural or legal entity. It is incorporated by a deed of partnership, which must be submitted to the Registry.

This company has its obligations guaranteed by the unlimited and joint and several liability of one or more general partners limited to the unpaid amount of contribution. At least one of the general partners shall be a natural/legal person having its obligations guaranteed by the unlimited, joint and several liabilities of one or more of its members.

The Malta Stock Exchange is an authorised organisation operating to the highest international standards for nearly 25 years. The MSE is regulated by the Malta Financial Services Authority (MFSA), which is the single financial regulator in Malta.

The Board of Governors of MFSA acts as the Listing Authority, which gives its approval to the admissions for listing. Moreover, the MFSA is a member of The International Organization of Securities Commissions (IOSCO) and the International Association of Insurance Supervisors (IAIS).

There are four options for listing on Maltese Markets:

In addition, there are different requirements on financial statements, nature and duration of business activity for separately official list, ACL and EWSM. For Prospects, no criteria are required but however the disclosure is mandatory.

The fees for the listing admission of the Main Market are very competitive and cost-effective. Exchange’s fee is very affordable and founded on ‘annual fee’ basis. The MSE does not require an admission fee in respect of its Main Market. The Central Securities Depository determines low fees. The trading fees are also low.

Even though Malta’s official currency is Euro, the MSE supports companies so as to raise the finance in non-Euro denominated currencies, such as Pound or US Dollar provided that other currencies are supported by prior agreement.

Professional Investor Funds (PIFs): In Malta, PIFs constitute the top majority of funds. The PIFs are regulated by the Investment Services Act. There are 3 types of PIFs:

or shares in their EU AIFs to professional investors in all EU Member States without fulfilling any additional local requirements. However, if they are not authorized in scope of the directive, they must be authorized by their home state. Moreover, AIFMD may also provide a passport for non-EU AIFMs or AIFs at an early date.

Undertakings for collective investment in transferable securities (UCITS): Malta is one of the first countries that transferred the UCITS Directive to law and hosted a number of UCITS schemes. Their stamp and tax efficiency made UCITS schemes favourable. UCITS can be marketed to both retail and institutional investors and provide highly investor protection.

Loan Funds: Upon high demand in 2014, the MFSA has introduced new rules for investment through loans with respect to the provisions of the Alternative Investment Fund Managers Directive. However, the lending activities carry number of risks. For the mitigation of unguaranteed credit risk, loan funds are required to follow strict credit assessment standards and fund managers are obliged to satisfy some requirements on competency and remuneration.

In addition, MFSA has brought official guidelines on Sharia-compliant investment founds for investors. Malta’s government is also willing to develop a framework for Islamic banking in order to extent Islamic product and service opportunities.

The tax system of Malta is compatible with the EU non-discrimination principles. Maltese companies have to pay corporate tax at the rate of 35%. However, there is a full imputation system for the taxation of dividends, therefore the company imputes the paid tax as a credit to the shareholder. The shareholders can claim a tax refund.

There is exemption for the incomes from a participating holding (directly holding 10% of the shares of a non-resident company or meeting another criteria). Company can claim the exemption or pay tax and receive a full refund.

Since seventies, Malta aims to expend its tax treaty network. The tax treaties include special tax incentives for foreign enterprises, which set up manufacturing establishments in Malta. Recently, Malta has over 60 double taxation agreements with almost all the important Organisation for Economic Co-operation and Development (OECD) countries.

In Malta, many incentives are provided in order to attract the investors. The main industrial incentives are subject to the approval of the Malta Enterprise Corporation (MEC), which is an autonomous government agency. Investment aid, financial support and allocation of factory space constitute the major incentives, which will be summarized bellow:

Investment Aid: Some companies are entitled to a tax credit in relation to the investment project. The tax credit will be calculated by considering the percentage of expenditure in tangible and

intangible assets or the wage cost for the first 24 months. In case of promising very high economic returns, tax credits may be converted into cash grants.

Financial Support: For manufacturing companies, MEC may grant soft loans, usually amounting to 33% of an approved project but not exceeding 75% of certain investment costs. The MEC may also subsidize the interest rate payable by the company or provide guarantee for up to 75% of bank loans taken by a company.

In addition, Malta offers some other benefits such as the following fiscal and financial incentives:

Malta has a developing position as a hub for industry and trade connecting Europe, the Mediterranean and Middle East regions. Despite of the fact that there are cheaper foreign direct investment locations, Malta has definite advantages and therefore is favorable by foreign investors.